We all are stunned about Borussia Dortmund and Bayern Munich’s performance to reach the UEFA Champions’ League final. The first 100 percent German final in this competition and the second clash between two clubs from this country in a dispute with a European trophy on the table! The first one consumed in the UEFA Cup, in 1980, between Frankfurt and Monchengladbach… Quite a while passed from then, huh? But what might be the secret of these two German clubs which became continental giants in an era dominated by Messi and Cristiano Ronaldo, exactly the victims from these two weeks? Well, physical preparation, lots of money and perfect tactic might be the full answer, but definitely something’s missing. The piece of puzzle which isn’t as perceptible as the others, but without which surely none of this achievements could have been as sweet they are.

Some reports say that at Madrid, for the second leg of the UEFA Champion’s League semi-final came around 40.000 fans from Borussia Dortmund!!! It’s not a mistake! They went to celebrate with their favorites even though only quarter of them had entrance tickets! Stunning, right? Well, I might say yes, even for a club which so good performance in recent years, but the story should move now in some other cities from Germany which never had in the past decades a team in the first tier but still, their fans continue to come in big numbers especially at the home matches.

For the start, let’s speak about Rot-Weiss Essen. The former German champions from 1955 struggle now in the lower divisions, in the fourth tier in present days, to be more accurate! No promotion chances but unfortunately also no relegation fears. In other words, the club founded in 1907 meets mediocrity for a while, but their supporters don’t care about this. They only want to come at the stadium to see their favorites playing. So, at some home encounters in the stands more than 8.000 people came! OK, the stadium has a capacity over than 20.000 places – and by the way, it is the first pitch with floodlights from the former RFG, event which took place in 1956 -, but can you imagine more than a few teams from the top division in Romania which can gather these numbers at home games during the season? Ensure you not! But in the end how can this be surprisingly for an Essen inhabitant, if we consider that the same team had an average of 6.355 fans per game in the 2010-2011 says it all! Were where they playing then? In the fifth division!!! Yes, this is an outstanding performance, because at same level other, in the fourth tier, are also playing Magdeburg, Lokomotive Leipzig and Carl Zeiss Jena, well known German clubs, but which don’t benefit of such support. Still, a few thousand people also come to see them playing!

Now, the story should be moved to higher leagues, but I’ll keep the essence around the same tier. It’s Preussen Munster’s turn now. A squad which in 2011 promoted to the third league and now has big chances in advancing in the Zweite Bundesliga! But Munster has a touching story. A founding member of the Bundesliga, they only played once in the top flight, in that first 1963 – 1964. So, already a half of century nearly passed, but their fans are still thirsty to see their boys’ home matches. Now, in the third league, around maximum 10.000 supporters come on home soil, but a unbelievable happening took place in May 2011, when the club founded in 1906 was celebrating promotion in the third division in a game against Borussia Monchengladbach II. They won 3-0 and the victory was accompanied by almost 20.000 fans!!! So, a double number of fans that Essen had. OK, it was a celebration then but still, to play with so many fans in the fourth league looks incredible to me and I guess to any football lover. But how could it be different when we find out that on the first ever day of Bundesliga play on 24 August 1963, Preussen Munster’s game against Hamburg was the only complete sell out. The team earned another broadcasting first as this was also the first recorded Bundesliga match. The contest ended in a 1-1 draw! 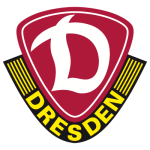 Now wait a minute because this isn’t all! Dynamo Dresden was eight time football champion in the former RFD, but from the unification they didn’t quite keep up in the top flight so, for nearly 20 years, they didn’t played once in Budesliga. Do you thing fans care about this?! If yes, you are very wrong. With a stadium of little more than 32.000 seats, Dynamo has at each home game somewhere around 30.000 people in the stands!!! It is important to know that despite they are in the second tier at the moment, they will fight not to fall lower, because, most likely, they’ll play a relegation play-off! So, weak chances for this team to get a Bundesliga promotion in the following years, but this is not a problem! And if we think that Dynamo doesn’t at least have the same tradition of the other two squads, mentioned above, as their birth date is registered in 1950… In fact this is all the beauty and one of the main factors which increased spectacular the level in German football. In fact, the loyalty of the fans contributed in saving Borussia Dortmund from financial collapse a couple of years ago, right? So what a reward they are getting now! Maybe, someday, football lovers from Essen, Munster and Dresden would have the chance of saying the same thing… Even though not necessary because two national titles won in a row or a Champions’ League final.