Today, one of the future big stars of football, Mario Gotze, celebrates his 20th anniversary. The offensive midfielder of Borussia Dortmund became a key player for the team in the last two seasons, which coincided with titles number seven and eight that the club Borussia won. Many already compare him with Messi and Mathias Sammer says he is the most talented young player that he ever saw in his career. Could he last at this level? Is very soon to gave an certain verdict, but we shall consider that the youngster played in less than two years 14 matches for the senior side of Germany. 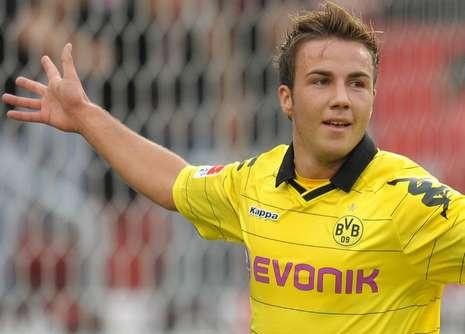 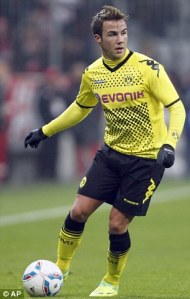 Born on 3rd of June 1992, in Memmingen, a little town of only 41 thousand people from Bavaria, Gotze started playing football from the age of 5 and since 2001 he joined the youth system of Borussia Dortmund, alongside his brother Fabian, now player at Schalke 04 II. The move was possible thanks to their father, Jurgen, who is now a professor of Dortmund University of Technology. After eight years as a junior, Mario moved to the first team in 2009, where he made his first appearance on 17th of November in the 88th minute of a 0-0 draw with Mainz, after coming in as a substitute for Błaszczykowski. In that season he continued on playing in four more games, before he was promoted as a starter in the first team by coach Klopp. So, Gotze played in 41 games and scored 8 goals in all competitions for Dortmund in 2010-2011, at the end of which Borussia won the first title after nine years. 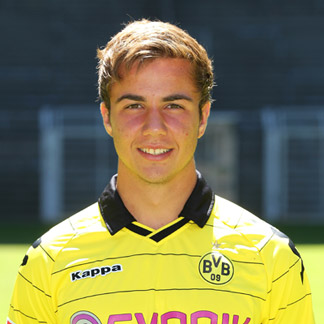 So, in the same season, on 17th of November 2010, he also made his debut for the national team, when he substituted Kevin Grosskreutz with 12 minutes in the friendly game against Sweden. In that moment, he became the youngest international since 1954, when Uwe Seeler made his first appearance. Besides this, Gotze holds the record as being the youngest scorer for Germany since World War II, same spot on which also stands Klaus Sturmer, also in 1954. Mario was 19 years and 68 days on 10th of August 2011, when he participated in Germany’s 3-2 victory against Brazil, in an exhibition match played at Stuttgart. Nearly a month later he also scored against Austria, this time in an official game in the preliminaries of Euro 2012, ended 6-2. In total, the midfielder gathered 14 matches, as of June 2012, for Germany. A performance which helped him to be selected in the team of 23 for the European Championship, alongside the ‘double’ composed by the Bundesliga title and the DFB Pokal.

Well, Mario was injured a long part of the season, but still, with 18 matches played and seven goals scored in those two competitions, he had an important role in the first such achievement from the history of the yellow and black club. A short career until now, but full of achievements and we mustn’t forget that Gotze, alongside Andre Schurrle are the first two players that appear for Germany from those which were born in the reunified country!

In conclusion, happy birthday lad and maybe you’ll lead your country to an International Trophy!