The record of Manchester 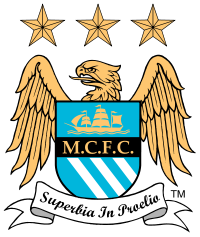 And I won’t talk about the number of national titles won by United. In fact, I won’t talk about United at all. The main characters from this post are Manchester City and Tottenham Hotspur, the heroes of one of the most beautiful encounter from the beginning of 2012. The 3-2 win of the ‘Citizens’ consolidated their first position in the league, but Spurs could have as well the result by their sides. In extra time it was 2-2 and Defoe missed the winner by a whisker, enough for the hosts to regain confident and obtain a penalty in the last seconds, thanks to Balotelli. He also scored the winner and now City has most chances to win the league. 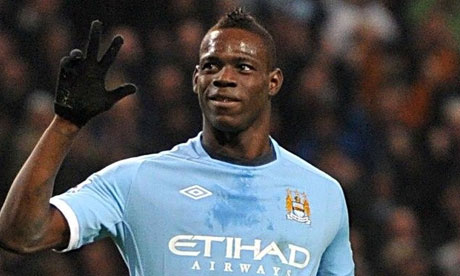 As a matter of fact, this text is all about two dusted names, which now can regain their fallen glory. Manchester City was founded in 1880 under the name of St. Mark’s, but in a history of nearly a century and a half, they won only two league titles. One in 1937 and the other in 1968, which means that City didn’t achieve to bring this trophy for their fans in the last 44 years! A big break, which is very close to come to an end, as the ‘Citizens’ are this season first in the table. A couple of years ago, nobody could predict another team outside Manchester United, Arsenal, Liverpool and Chelsea to can win the title. And we shall consider that Liverpool is on this position thanks to it’s history as they didn’t became champions’ not even once since 1990, even though they had a number of chances. But City proved that money, big money, can change everything in football, including the most powerful competition that is Premier League. OK, so Chelsea also won titles after Roman Abramovich’s arrival, but the team from London also had Mourinho. With all due respect, Roberto Mancini can’t be compared with Jose… 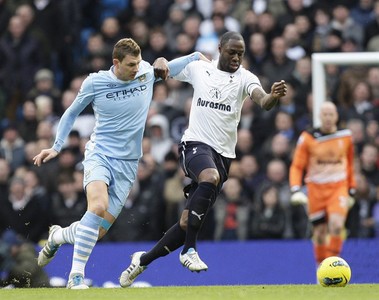 The fans are preparing to celebrate this big event, especially because the race is mainly between Manchester City and Manchester United. ‘The devils’ are known to be one of the most beloved teams in the World, but in their own city, it looks like the rival is the chief. And few know that also the ‘Blues’ held a record which, despite not being the most wanted, it still remains an important achievement. To be more precise I will say that Manchester City is the English team which won the most times… the Second League! In seven ocasions (1899, 1903, 1910, 1928, 1947, 1966 and 2002), the ‘Citizens’ assured their presence in the top flight by winning the second tier, which put’s them ahead Leicester City with gathered six promotions. City even played in the lower leagues, but now the reward might come as sweet as can be. And it all seemed to depend on the match against Tottenham. If Defoe hadn’t miss and Spurs have won, the gap between the teams was smaller. And if that happened, the side from London was from far the biggest surprise from English football in the last decades. 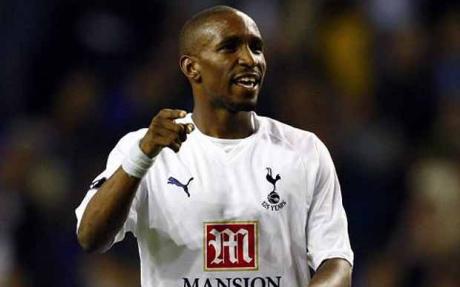 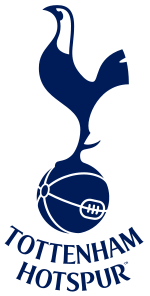 Spurs don’t have too much money, but they have some brilliant players, led in the field by Gareth Bale and from the bench by Harry Redknapp. And they don’t even have a big history behind as they won exactly two national championships, exactly like their rivals above. One in 1951 and the last in 1961. So, a short fact says that Tottenham won its last league title more than half a decade a go, but the fans are free to dream again in these moments. The team from the capital of England played last year in the quarter finals of the UEFA Champions’ League, for the second time in their history, after they appeared before in this competition in the 1961-1962 season and than even reached the semi finals! Now, Tottenham put out AC Milan and played against Mourinho’s Real Madrid, a team that was too strong for the British side.

They look like some outsiders, but people must know that Spurs are the first English team to won an European Trophy. It happened in 1963, when they triumphed in the Cup Winner’s Cup, under Bill Nicholson, the man who trained the squad nearly two decades, between 1958 and 1974. 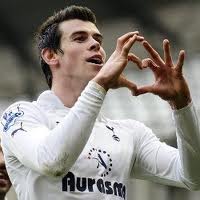 Unfortunately, the loss from Manchester threw Tottenham eight points behind the first place a gap that is, realistically speaking, very though to catch. And all that remains right now for the ‘Black and whites’ is to keep their third place (they are five points ahead of Chelsea) that will bring a direct qualification to the Champions’ League group stage and automatically some significant amount of money, that might help them to keep Bale in the future and to make a few important transfers that can raise more the team in the following season.