The legend of Liechtenstein 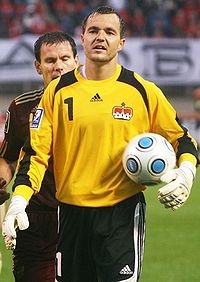 “He let in a lot of goals, but it wasn’t his fault. He simply couldn’t stop them”. These were the words of a Romanian commentator 12 years ago, when Romania beat Liechtenstein, 3-0, in a game from the preliminaries of the European Championship from Holland and Belgium. He was referring of course, to the goalkeeper of the hosts. His name, Peter Jehle, didn’t meant much at that time, but during the years he won the reputation as being one of the most important footballers in all Liechtenstein’s history. It doesn’t look like a big achievement, but in his case it really is.

Jehle won already 85 caps for the national football team, despite being only 29 years old. In fact, his debut was a real record, because he appeared for the first time between Liechtenstein’s posts in that European campaign that I mentioned earlier, even though he was 16 years old! And what a debut that was! Jehle begun in the starting line up in the game against Azerbadjan, the one which will be remembered as Liechtenstein’s first ever competitive victory (they won 2-1 at home). 85 games for a national team that played 122 matches in all its history, since 1990! 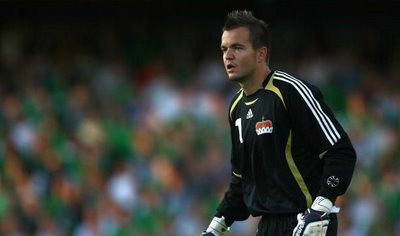 Born on the 22nd of January 1982, in Schaan, Peter was quickly spotted by Swiss giants, Grasshoppers, team that signed him in 2000. In six years he only appeared for Switzerland’s most successful team in only 44 matches, but he convinced the officials of Boavista Porto to transfer him. The arrival at the former champions of Portugal (in 2001) wasn’t very easy, but after a year of accommodation he became first choice and won a solid place in the starting line-up. Sadly, after two seasons and 24 matches played for Boavista he was forced to leave the squad, because of the club’s relegation after its financial problems.

The 1.87 meter tall goalkeeper signed with Tours, the French side from Ligue 2. Here, he was first choice and team mate with Claudiu Keșeru, but didn’t stayed more than a season. At only 27 years old, Jehle preferred to return in his native country to play for FC Vaduz, a team that is much stronger than it seems. Because Liechtenstein hasn’t a league, the lads are playing in Swiss second division, competition in which they are one of the best. Also, they won 40 national cups (because this competition exists in Liechtenstein) and as a result to that, the play very often in the European Cups. In fact they made it 17 times to qualify in the mentioned competitions from 20 chances that they had since 1992, when Liechtenstein became a UEFA member.

And since 2009, Jehle played in two memorable European games. First, it was in the first year, when his team, overtook Falkirk 2-0 after extra time, and qualify for the next round, because they ha lose away with only 1-0. Of course, this was a game in the Europe League, the same competition in which they played every year starting with 1999. A couple of days ago, Vaduz managed a even greater performance, after putting out Vojvodina Novi Sad. At home, with Jehle in the starting line-up, they lost 2-0, but in Serbia, after a crazy game, they obtained the tickets trough. Vaduz beat their opponents 3-1, with the last goal scored in the last second: 90+7 minute!

At a first sight, Peter doesn’t stay in the front line of footballers, but when you play at the level that he did, despite being from Liechtenstein, you can definitely say: he is an awesome player!

2 răspunsuri la The legend of Liechtenstein